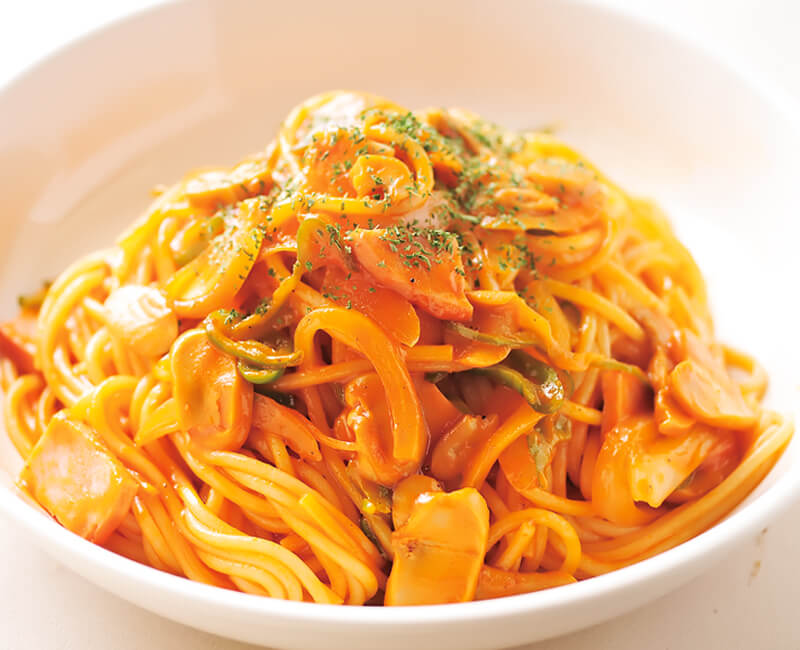 "Good old"spaghetti, made from traditonal recipe. 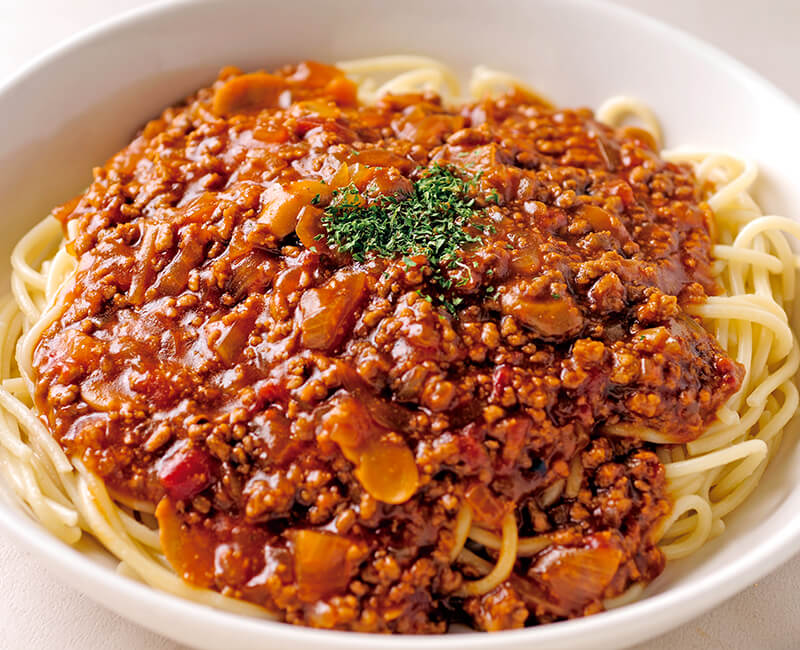 Made from minced meat (mix of beef and pork) and tomato sauce. 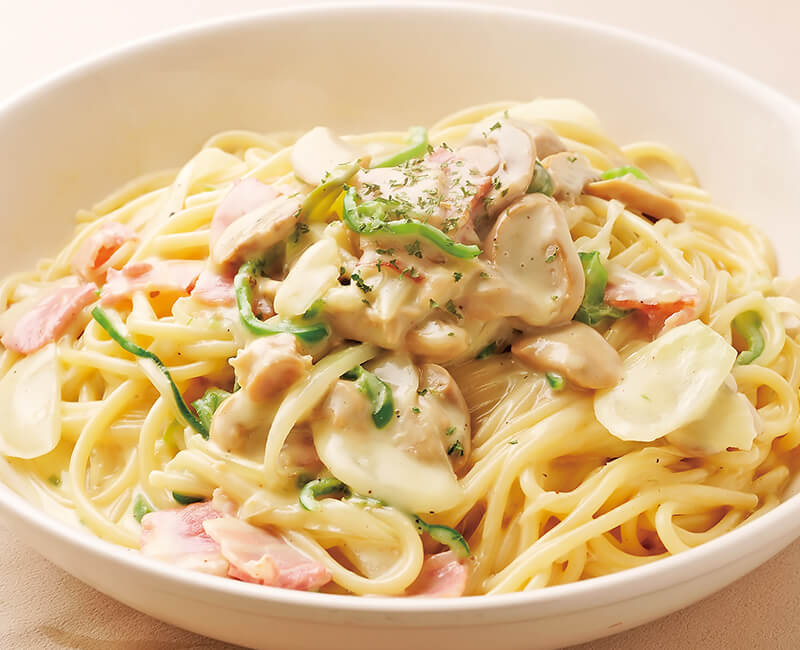 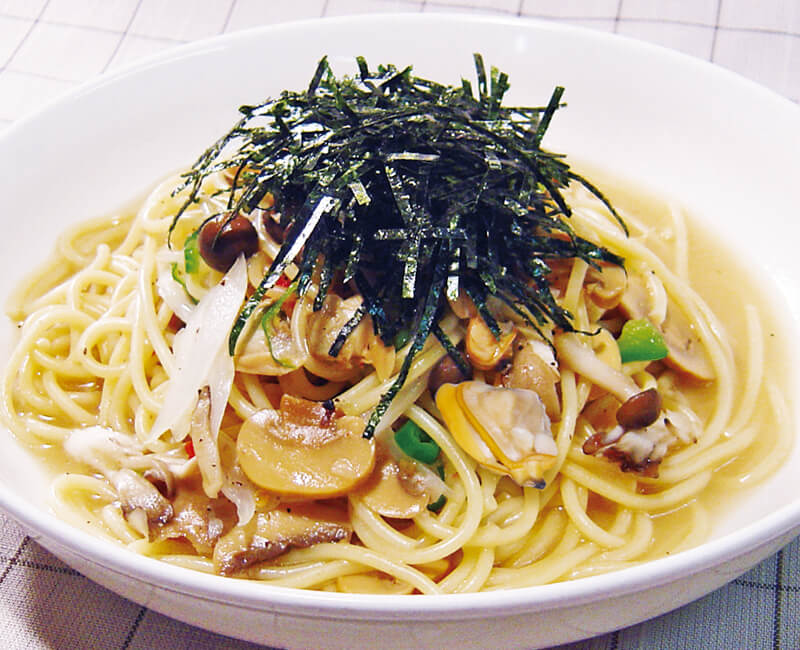 The pasta dish with clams steamed in white wine. 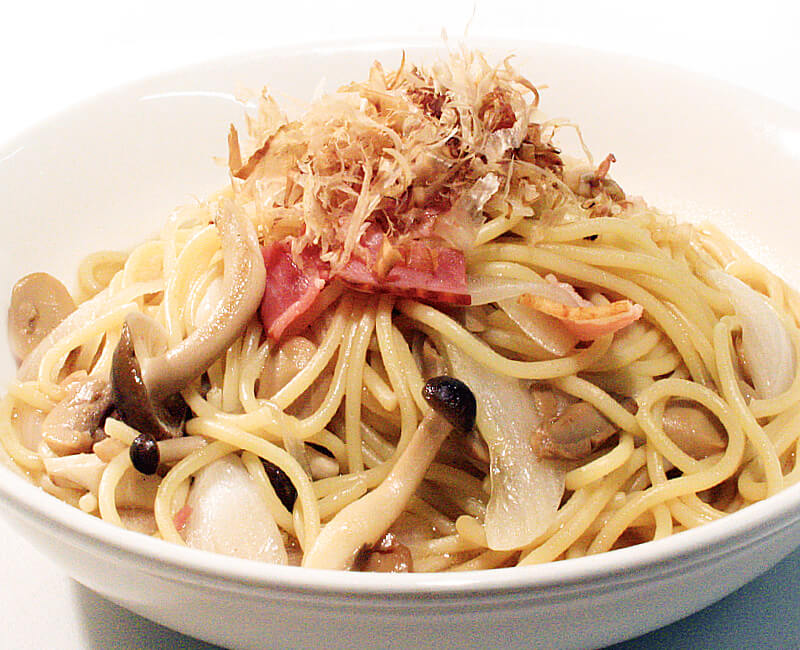 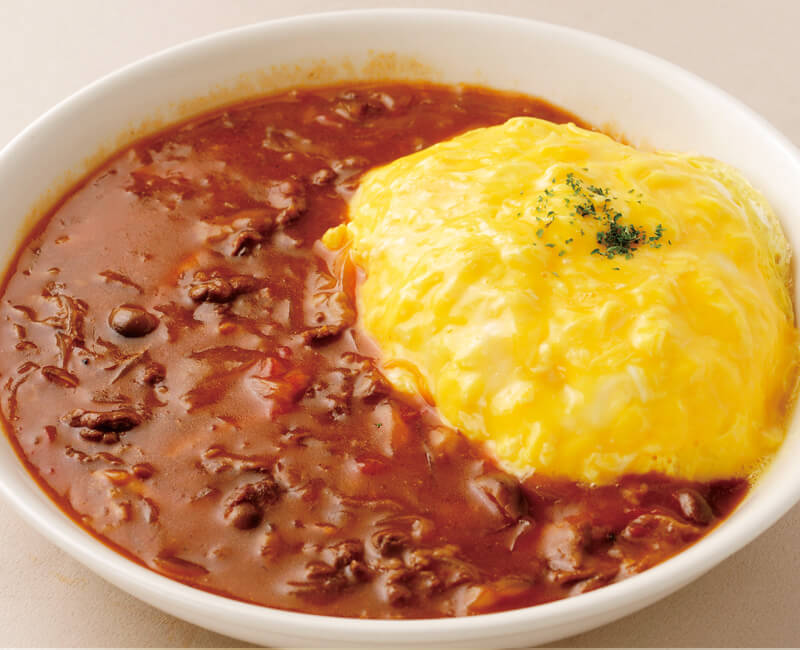 It is standard hashed beef with rice in our shop. You can add egg on rice in 100yen addition. 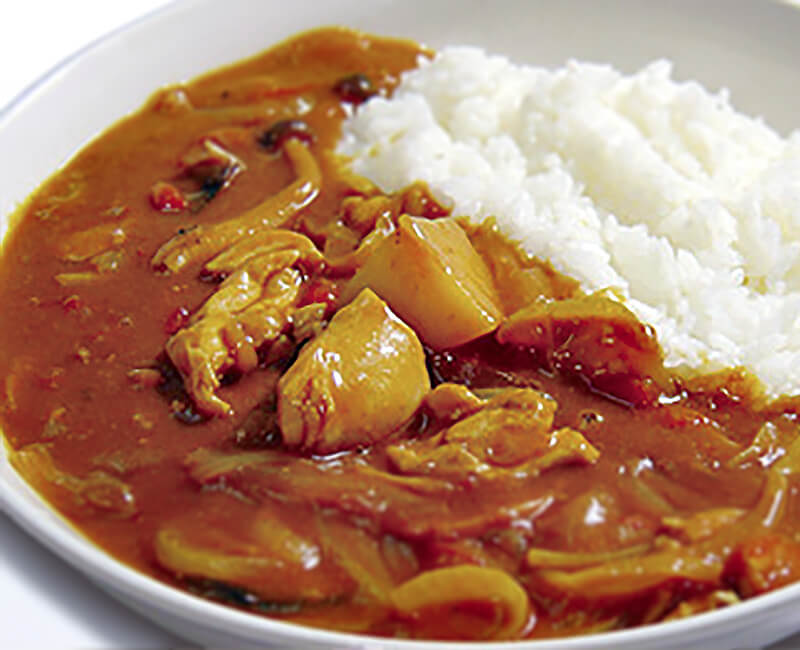 Curry with chicken and vegetable. 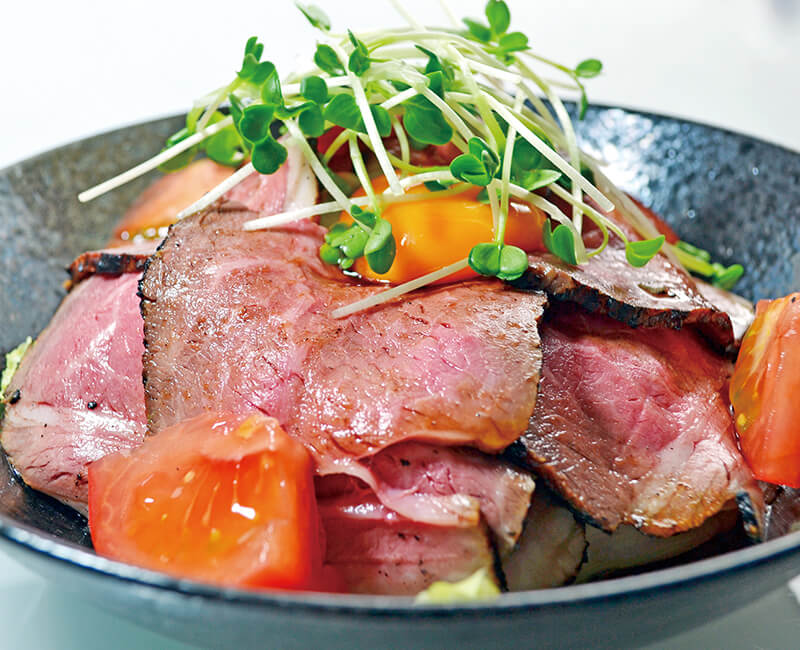 We use Japanese beef for this. This beef is tender and delicious. 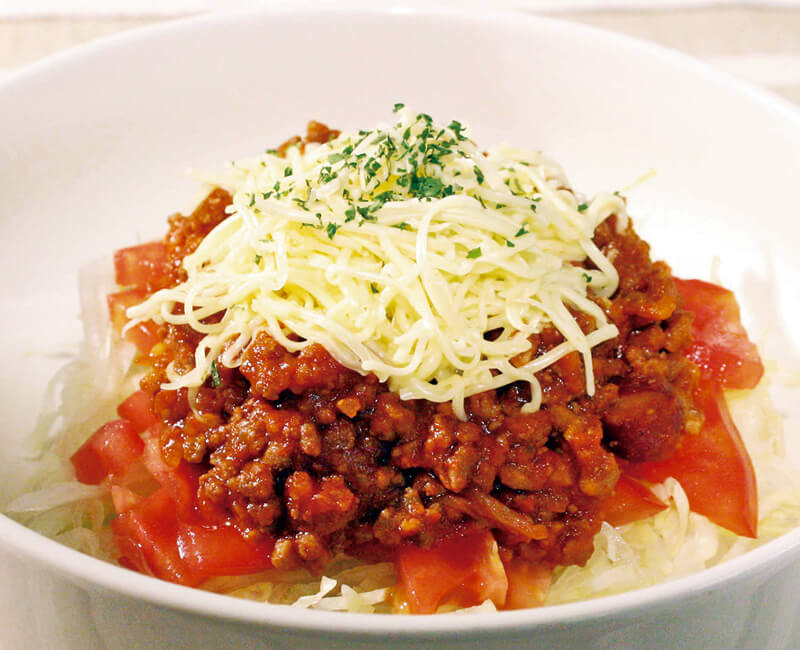 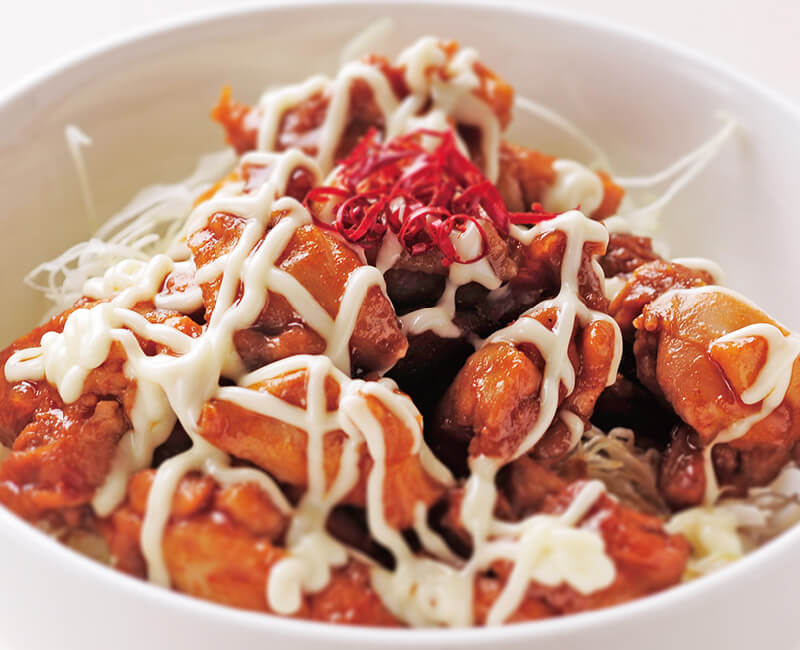 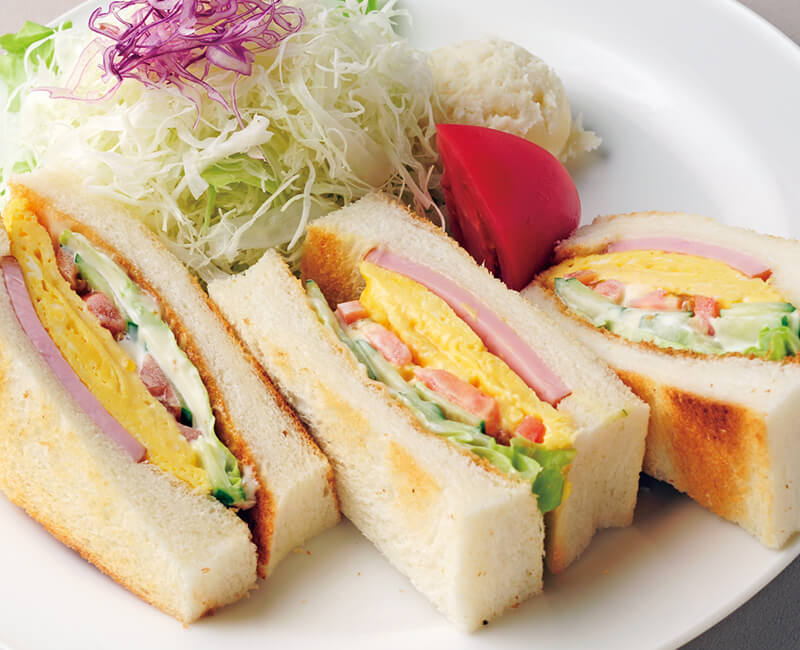 Japanese omelet which has been popular since opened, and thickly sliced ham between toast. 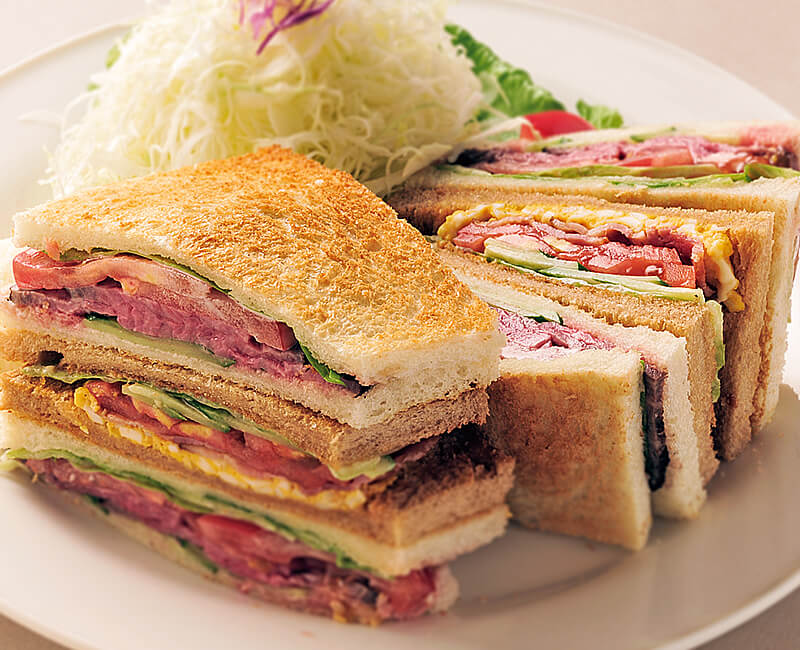 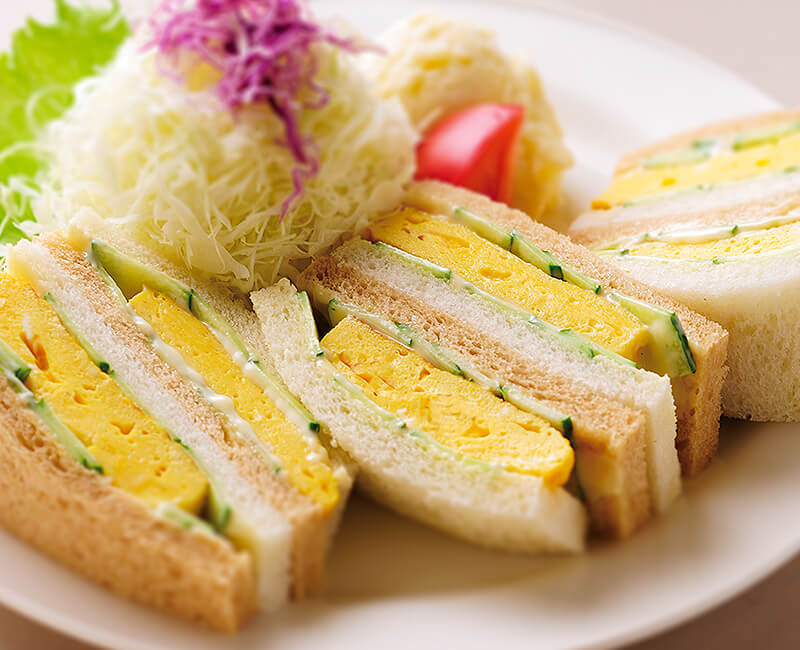 We made a sandwiches with omelet and cucumbers. 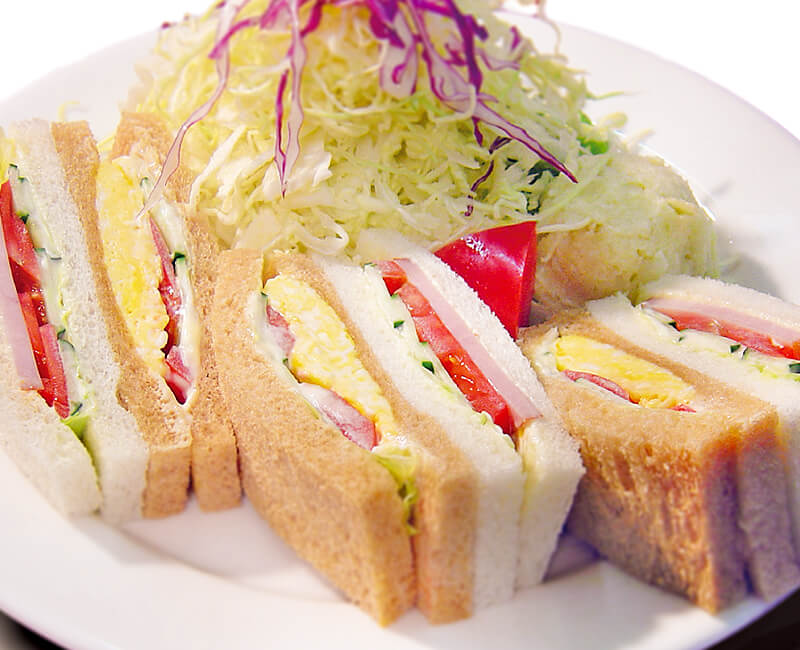 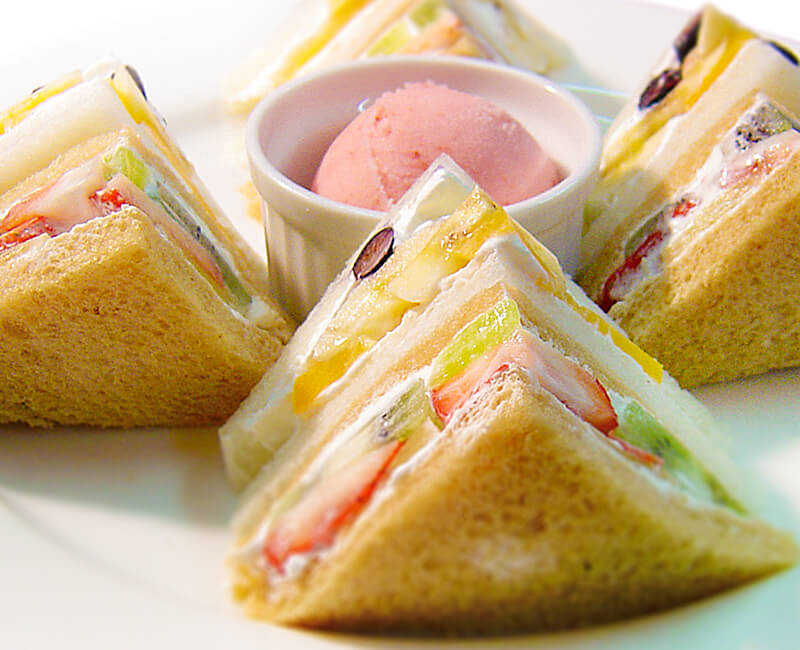 MAEDA’s Fruit sandwich has been very popular since we opened. Lots of whipped cream and fruit between slices of soft bread 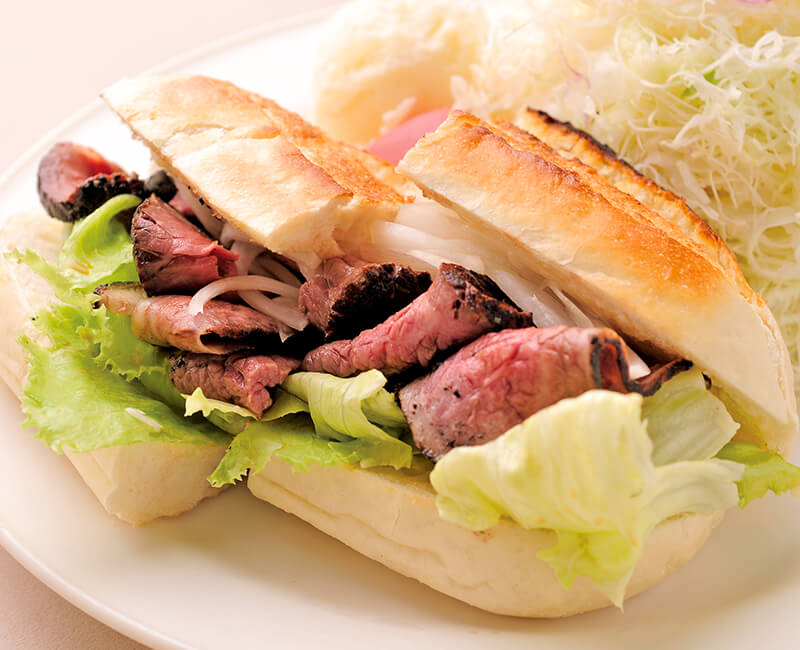 Roast beef purchased from one of the specialty beef shops in Kyoto. Plenty of quality beef sandwiched with veggies. 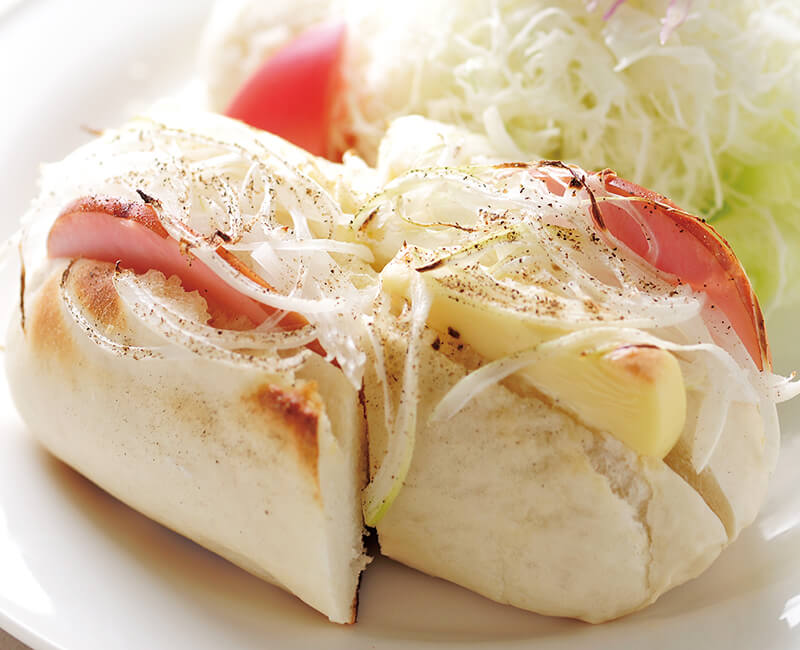 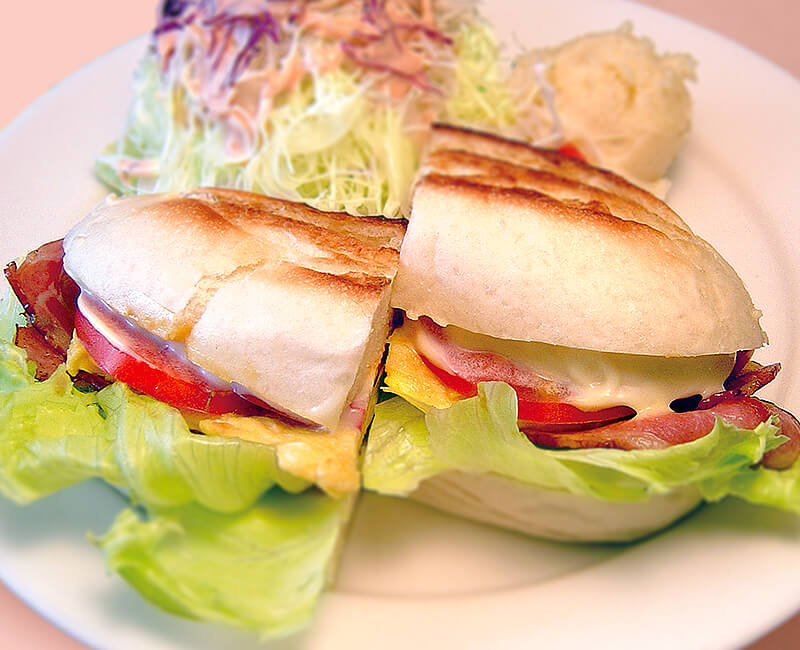 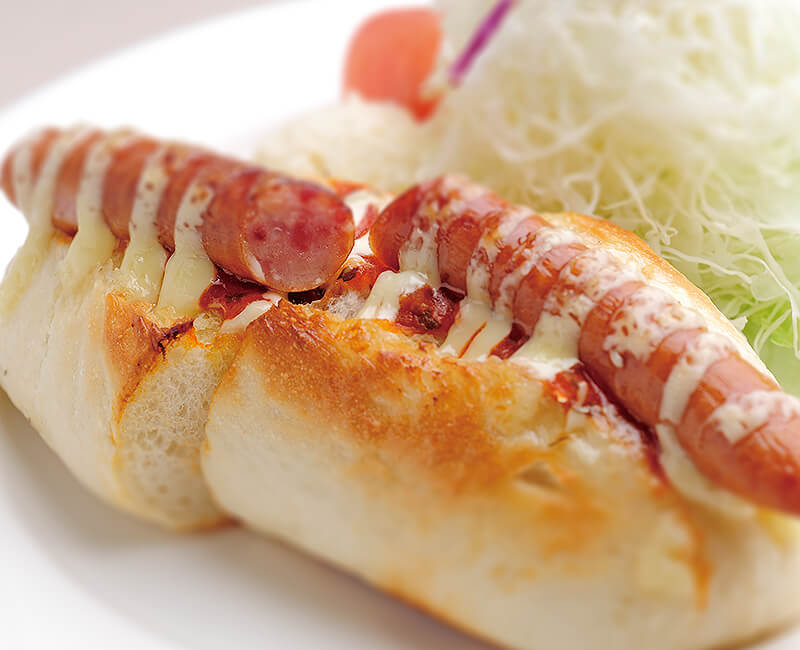 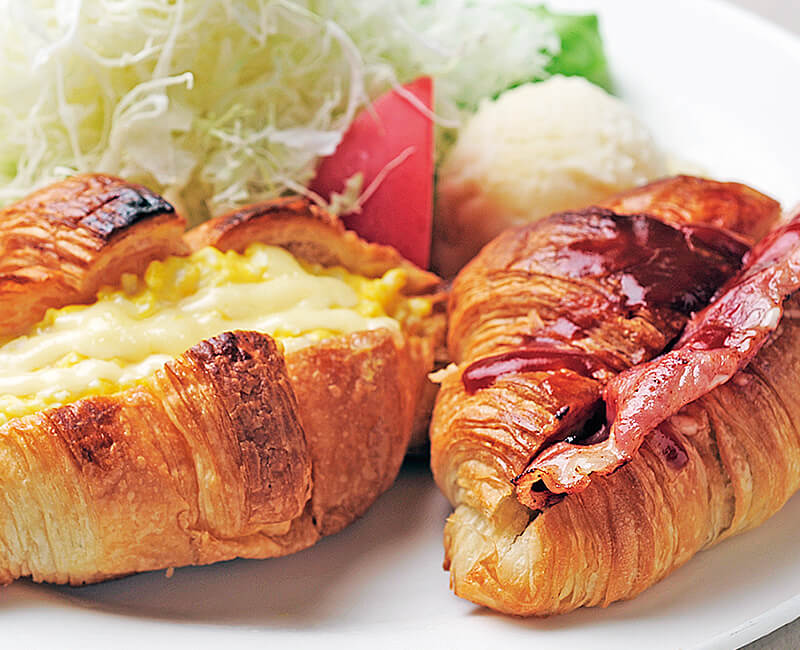 Bacon and boiled egg are used. 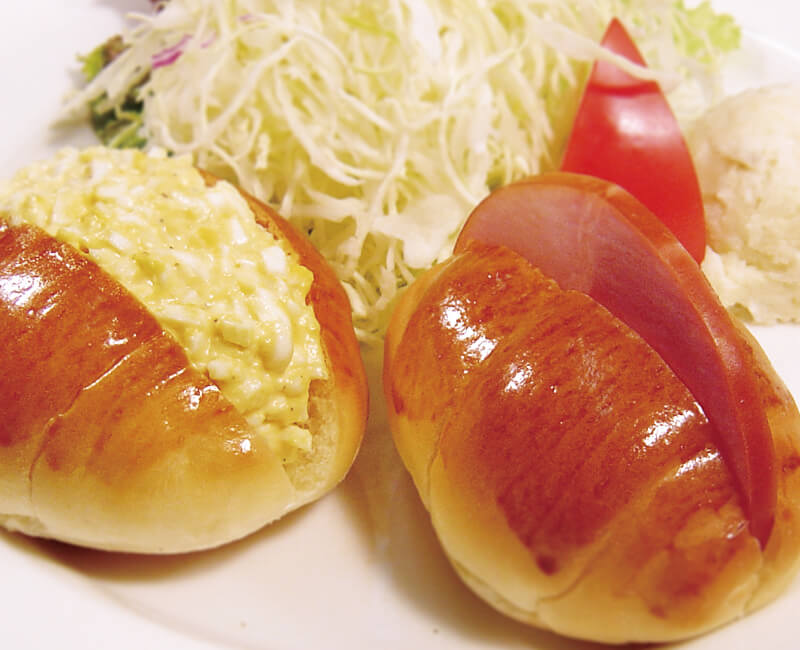 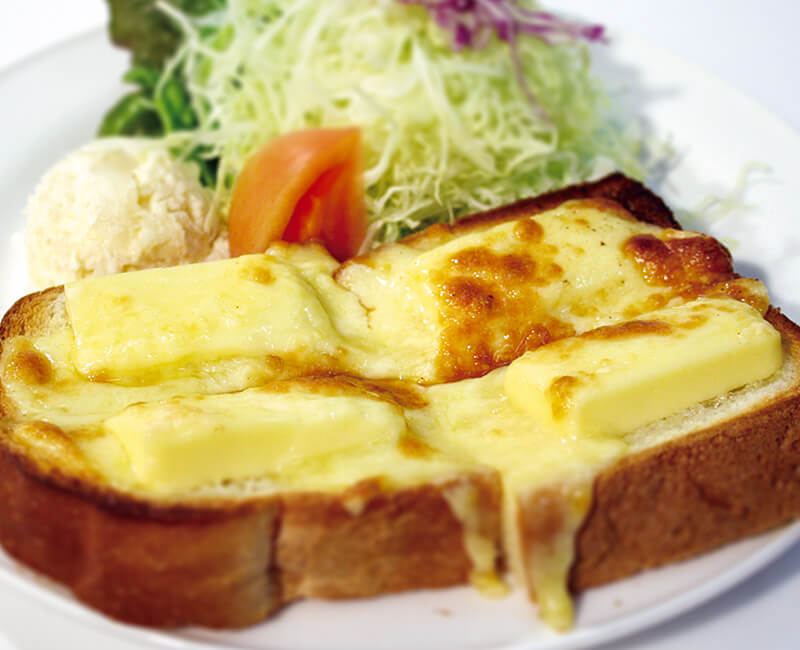 Toasted with bread and cheese. This is the classic menu in coffee shop. It is especially popular with elder people. 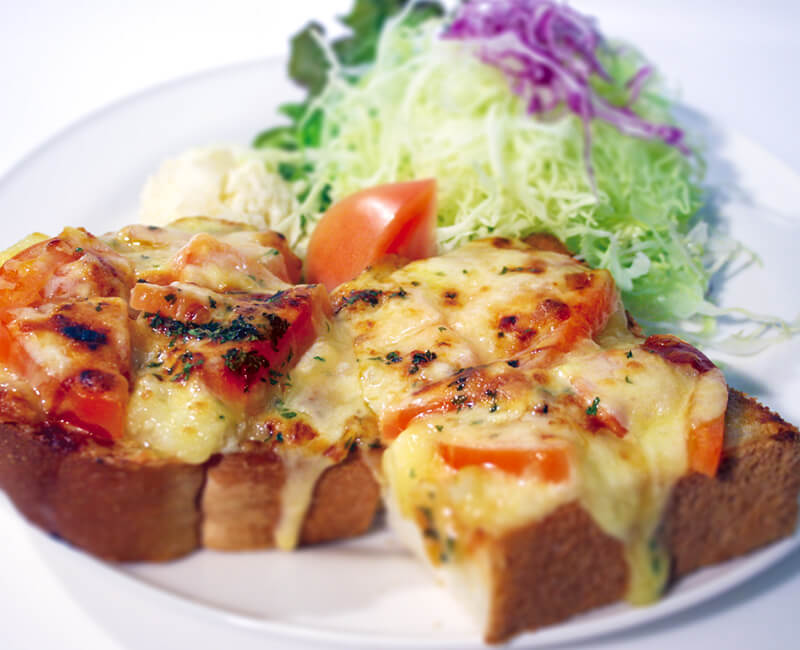 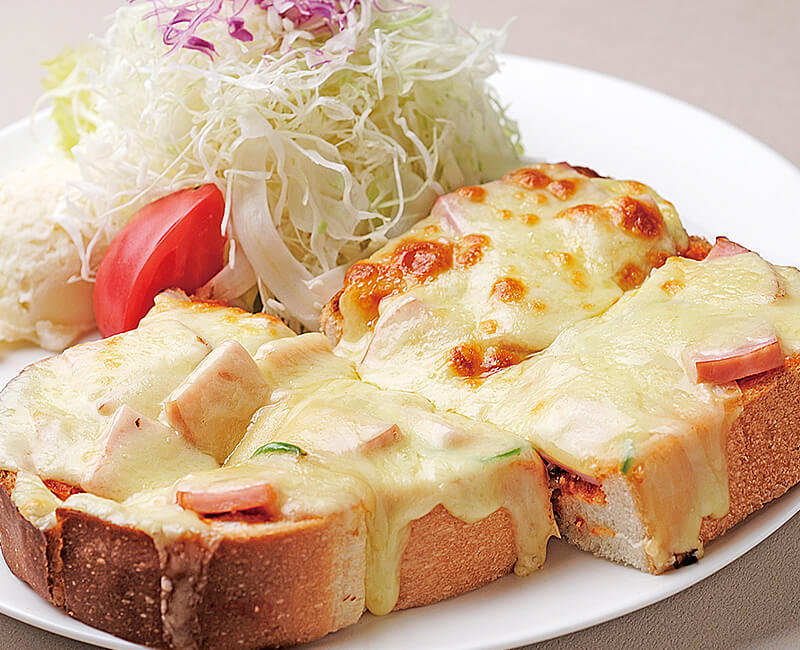 Toasted with bread, lots of ingredient and cheese. 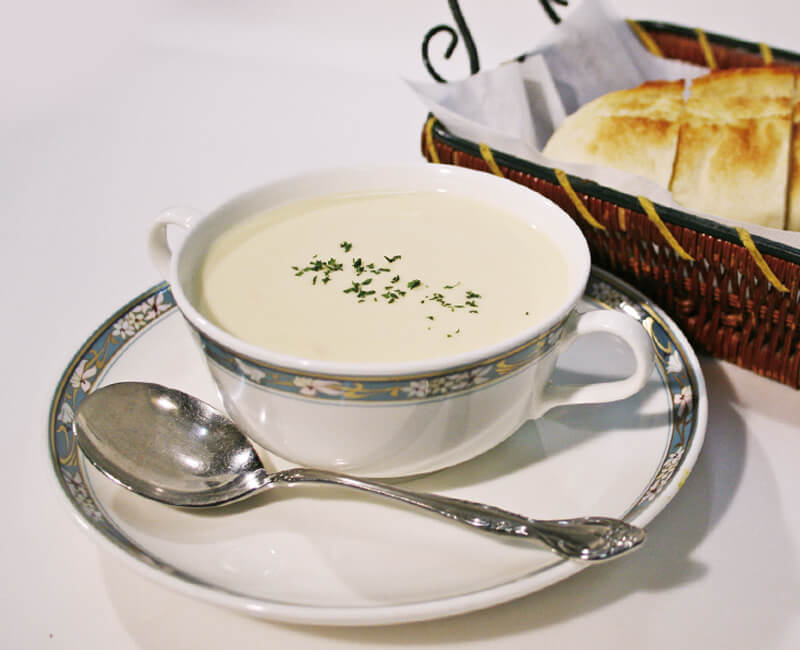 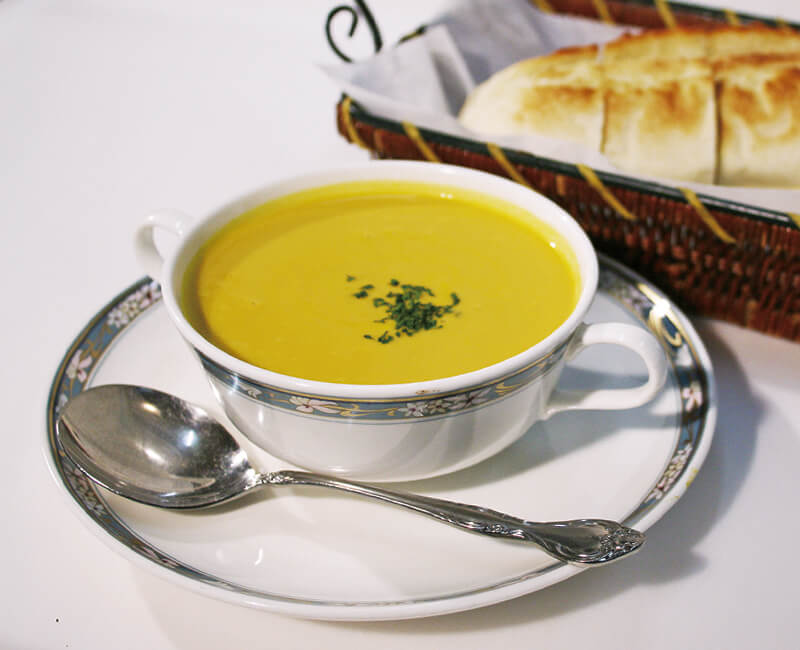